Recently Dharma Care made the exciting decision to appoint Ambassadors to represent us and our projects both in Australia and overseas. We are delighted to announce that our first appointment is Osanna Vaughan, an author and translator who speaks several languages.  Whilst her home base is in Germany, she travels widely through Europe and Asia and has first-hand knowledge of many of our projects. 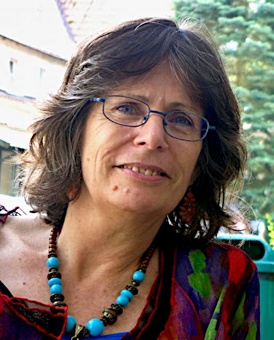 A couple of months ago, I was invited to become an Ambassador for Dharma Care, a task I take on with great pleasure. For a start, the work this charitable endeavour is carrying out covers areas that speak to me very personally: nourishing the human spirit; concern for struggling fellow human beings, regardless of social class, age group, ethnicity or attitude to life; education and vocational training. Second, I know most of the people involved in running Dharma Care, and have complete trust in their ability to serve it in the best possible way. These two key factors mean that I am able to share the message of DCI’s own undertakings as well as the projects it supports, with confidence and at any opportunity that arises.

Though I am based in Europe, I have been following the evolution of Dharma Care’s work since back in the day when its pilot project, the beautiful Sine Cera Rainforest Retreat, was in its infancy. The concept of creating a safe haven for the activities of a broad range of people touched me deeply. After its challenging beginnings, Sine Cera grew and developed under the excellent management of Irwan Wyllie and the dedicated Board of Trustees. It is now a project that I am excited to share about during my travels, as I am convinced that the need for such places, particularly in developed countries, is only on the increase.

In the meantime, Dharma Care has become a charity that is strong enough to support additional projects, both abroad – the Yayasan Permakultur Kalimantan, the Borneo International Football Foundation, the Bina Cita Utama School and other activities in Kalimantan, Indonesia, and the Srey Lak Program for Girls in Cambodia – and in Australia itself – a low-cost housing project in development, relief to victims of bush fires, help for families in crisis. Some of the efforts in Australia qualify as social enterprises, and as Board member and DCI Treasurer, Arif Matthee, writes in his recent blog: “…we have come to understand that by running social enterprises, we can not only build an asset base, but further develop our charitable activities. In this way we are not just reliant on donations, but can also generate income from those assets.” Of course, the great thing about funds coming from these kinds of enterprises, as well as normal donations, is that what may be considered a small amount in Australia, can stretch to cover a whole range of needs in many other countries.

I consider that keeping the balance between local and non-local, between fund generation and fund dispersal, is of significance; and it is one of the key features I admire about Dharma Care. Having lived in various countries and travelled widely over the years, this direct involvement in the base country – in this case Australia – while also supporting charitable activities further afield, is not something I have come across very often among smaller-scale NGOs. Again, the capacity to pull off both is undoubtedly due to the multi-national nature of the management and Board, and their ability to understand the broader picture of today’s world and to work together constructively and in harmony.

As far as my role as an Ambassador is concerned, this is where I believe that my passion for communication in various different formats, my knowledge of languages, and my pleasure in travelling and meeting with people around the world, will serve me well – coupled, of course, with my confidence and belief in the work being carried out by Dharma Care.